I've recently finished another character for the game. He will both be a playable character in the game and also the next character we are introduced to in the comic. I'm still finalizing the space ship and a second outfit for Commander Bean and then it should be ready to go. This has been a bit of a road block for a while. Actually getting all the characters ready has been a bottle neck to further progress at least on the comic side of things. Progress has been slow and steady though. Read more

Organizing and making sense of tons of sketches

So I am not the most organized person and I've been working on this project for quite a while and over that time period, I have accumulated a large number of sketches and concepts for the game. Read more

A game a week 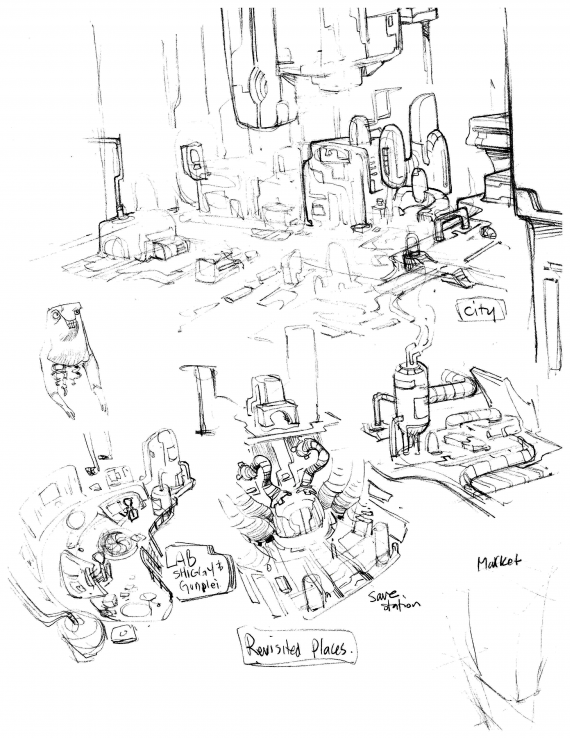 Posted by gbball on 18 February 2019 Development

In the last little while in an effort to bolster my coding skills I've begun working through some Udemy tutorials that cover working with C++ in Unreal Engine 4 which is what I'm using to develop the game. So far it's been good as I've gone through some of Ben Tristem's course and made a console game called Bulls and Cows. It was a nice exercise, but I know the real learning comes from trying things, and figuring them out on your own. The next section on the course actually aligns really nicely with a part of the game. So I look forward to digging into that and sharing my progress here. Within the next few weeks I have a lot that I need to accomplish. Read more